But how does this happen? The last tutorial discussed how physical symptoms arise from an imbalance in the bio-energy of the body. This tutorial considers the way homeopathic remedies correct that imbalance.

Hahnemann, the founder of Homeopathy, laid out the framework of our understanding. He said:

So, it can be seen that two things happen: the symptoms of the imbalance are smothered and replaced by those of the correct remedy, and second, the rebound effect from the Vital Force restores health and equilibrium.

As we age, however, our vitality weakens, any imbalance strengthens and ongoing chronic diseases are added to our short-lived acute ones. At this stage, complete healing with one dose rarely happens. It may partially smother the symptoms of the imbalance for a short time and trigger a sluggish response from the Vital Force, but no more than that. The imbalance returns in full as soon as the effects of the remedy leave the body. In this common situation, multiple doses are needed to nudge the person gently back to health (as was the situation with Alex in Case 2.)

At this point it is useful to think of the Vital Force as a muscle. Weak muscles increase their strength when exercised. In the same way, the strength of a sluggish Vital Force can be improved if exercised by repeated doses of a remedy. Every time it rebounds against the remedy, the Vital Force grows a little stronger. Every time it grows a little stronger it improves health for longer. Eventually, it becomes strong enough to maintain a complete and permanent improvement. Further doses of the remedy will not be needed and the person will be more resistant to that problem in the future.How quickly this happens depends on three things: the strength of the Vital Force, the degree of imbalance, and the closeness of the match between remedy and symptoms. As discussed earlier, full health can occasionally be restored by only one dose of the remedy if the symptom match is good, vitality strong, and the imbalance recent or minor. More commonly, a series of doses will be needed.

Sometimes, the symptoms arising from the energetic imbalance may change during the course of treatment as the remedy smothers parts of the imbalance. With this mismatch between the symptoms of the remedy and those of the imbalance, improvement will stop. A new remedy with a closer symptom match must be prescribed if the person is to continue towards health. Several remedies may have to be used over the course of treatment. (Renae’s story in Case 3 illustrates this progression.)

But How Does it Really Happen?

The short answer is that nobody knows. While the above theory can be observed in practice the actual mechanism is still unknown. Science is working on it but does not yet have instruments sensitive enough to measure what happens with homeopathic potencies and healing at the energy level. What is known is that “information” can frequently be transferred from one substance to another. Just as electricity flowing through one wire can cause a current to flow in a completely separate wire, and just as a magnet can transfer magnetic powers to a paper clip when the two have been in contact for a period of time, potentisation transfers the symptom-producing abilities of a substance to a liquid or sugar pill remedy. Homeopaths then prescribe that remedy according to the Law of Similars to safely carry that information into living organisms to trigger a healing effect. This is what they have done for the past two hundred years and, bless them, this is what they will continue to do well into the future.

Three-year-old Kade woke crying just after midnight. He was agitated, frightened and restless. His mother took one look at him and knew he was not well. One cheek was flushed, his tonsils were red and swollen, and his skin felt hot and dry. The thermometer recorded his temperature as 39.6C. Following the guidelines in her home-use kit of remedies, she gave him a dose of the homeopathic remedy, Aconite. Within 10 minutes, Kade’s fever broke,drenching him with sweat. His mother sponged him dry and sat with him as he snuggled under his blankets. By 20 minutes, he was fast asleep.The following day he was up and playing as if nothing had happened.

Comment: Kade’s Mum made a good prescription. Aconite is useful for first stage of illness when there is a rapid onset of intense symptoms with restlessness and anxiety. All of Kade’s symptoms were similar to those produced during the proving of Aconite. His speedy recovery after one dose of the remedy indicates that his vitality is strong and the prescription was a good match.

Thirty-six-year old Alex was a mixed bag of symptoms. He was troubled by insomnia and suffered from bad breath, heartburn, flatulence, and haemorrhoids. Sinus problems were common and during spring and summer his frequent episodes of hayfever could progress to asthma. His skin was dry and itchy and his mouth would split at the corners. Never one to feel the cold, Alex would poke his feet out from under the blankets at night to cool them,even in winter. He also loved curries and sweet things. Symptoms from the mental-emotional sphere included a paralysing fear of heights and death. Most of these symptoms had been with him since childhood. Alex was given several doses of homeopathic

Sulphur in a range of potencies over the following 3 months during which time his symptoms fully resolved.

Comment: Fortunately for Alex, his symptoms were similar to those experienced by provers who tested the effects of Sulphur during its proving. It was an easy prescription to make. Alex responded rapidly to treatment with many of his symptoms improving after the first dose. Each time he relapsed, or improvement stalled, another dose was taken. Four different potencies of Sulphur were needed over the three-month period. No other remedies were given as no new symptoms developed during the course of his treatment. Today, he is symptom free and off the Sulphur.

Case 3: My Scaly Bits Fell Off! 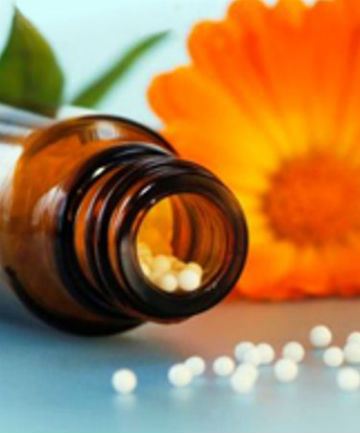 Renae came for her homeopathic consultation with the problems of chronic fatigue syndrome and panic attacks. Her fatigue had begun 10 years earlier after a cytomegalovirus infection. At this time she had developed liver pain, bloating, blurred vision, nose bleeds, tremors,chemical sensitivities and a frequent dry cough. A constantly dry mouth made it difficult to  swallow or speak. Though much had improved, some of these symptoms still troubled her and at times she was so exhausted she found it difficult to get out of bed in the morning.

Anxiety and depression also bothered Renae. In recent times, her anxiety had worsened to panic attacks. In spite of her tiredness, Renae was restless and full of “nervous energy.” She said that vigorous work improved her tiredness. She also suffered from long-term Bowen’s disease, a condition of crusty pre-cancerous skin growths. These eruptions were regularly removed by a cream. At the end of her consultation, Renae was prescribed homeopathic Sepia as the best match for her symptoms.Six weeks, and several doses later, Renae reported she was much better.Her energy levels had increased and her anxiety, while still present,had reduced in intensity. The bloating was almost non-existent and her trembling and dry mouth had gone. On the negative side, her bowel function was now sluggish and she had developed a fear of hospitals and flying, especially since making plans for an overseas trip and the news of a friend’s operation. Sepia did not match these new symptoms whereas homeopathic Calcarea carbonica did. As it also covered many of her remaining symptoms it was prescribed.

Nine weeks later, Renae’s anxiety continued to improve. She told me she was no longer “nuts in the head.” The overseas holiday had been “fantastic” and there had been no concern about the plane flight. She was not worried about hospitals and had comfortably visited her friend who had been readmitted for complications following her surgery. Renae’s bowel function was regular and the coldness in her hands and feet had improved.

She still felt restless and was finding it hard to sleep at night. Her scaly skin eruptions had also worsened and there were now several new outbreaks. Within the last week, a watery nasal discharge had excoriated her nose and upper lip.

On this information,Renae was prescribed Arsenicum iodatum, a homeopathic remedy that closely matched her newly emerging symptoms. Within a week she phoned me excitedly to tell me that many or her scaly growths had fallen off! This had never happened before.

Since then she has continued to improve with this remedy, taking a dose as needed when improvement stalls or symptoms return. When I last spoke to her she said that compared to her first consultation she was 95% better. Her treatment continues.

Renae’s progression from one remedy to another shows how the prescription should always change to match the symptoms.Failure to do so leads to failure to cure. In Renae’s case, one remedy, even in multiple doses or potencies, would not have corrected the underlying imbalance that drove her symptoms. Instead, a series of matching prescriptions was used and she now looks forward to a happier and more productive life.