Today, homeopathic medicines are safe for all to use. They are dispensed as highly dilute, sub-molecular remedies that are free of the chemical side effects associated with other medicines. However, this was not always so. Homeopathic remedies were once prescribed in crude chemical doses just like other medicines and were just as prone to producing side effects in those who took them. With the discovery of potentisation, however, all that changed.

For many years Hahnemann, the founder of Homeopathy, could only exploit the healing effect of the Law of Similars with crude substances. While his homeopathic approach was successful compared to other treatments of the day, his new system of medicine was still troubled with the problem of side effects.For example, mercury preparations had been recognised for centuries as a successful treatment for syphilis. Unfortunately, sufferers ran the risk of being poisoned by their treatment.

Hahnemann had already shown that mercury was effective because it was curing by by the Law of Similars or “like treats like”; it would produce syphilis-like symptoms if given to the healthy. Not wanting his patients to suffer the poisoning effects of mercury, or any other toxic substance, Hahnemann began to dilute his remedies. He found that while he could do away with the toxic side effects of his remedies, he also lost their healing benefits.

Stories abound as to how Hahnemann stumbled across the process of potentisation. They range from already diluted remedies being bounced in the back of carriages and saddle-bags to Hahnemann pounding one in frustration on his black covered Bible as he tried to work out how to reduce its toxicity. Whatever the truth, Hahnemann discovered that a remedy prepared by a simple series of dilutions interspersed with vigorous agitations produced an extremely powerful yet safe medicine. Potentisation was born. 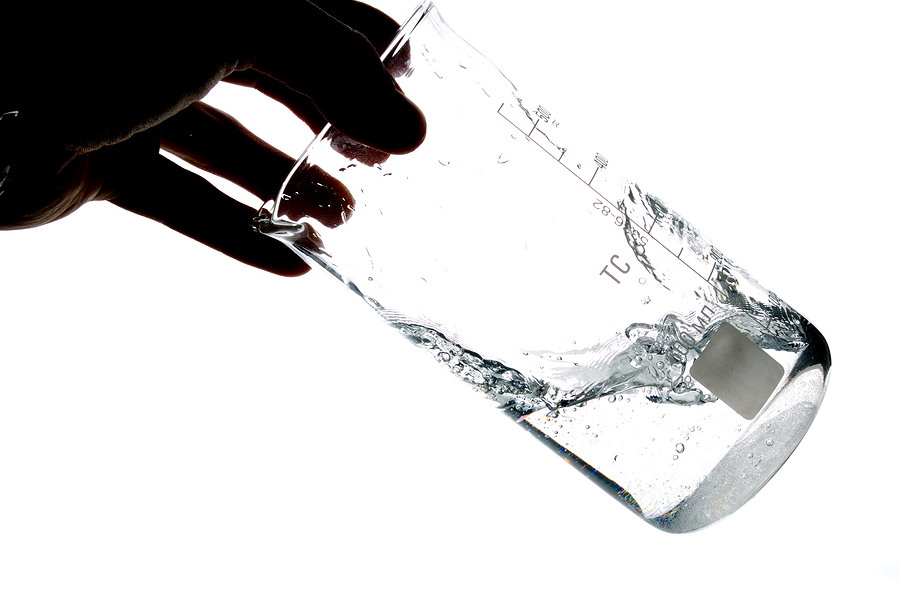 As described, the process of potentisation involves the repeated dilution and jarring shaking (succussion) of a substance to remove its toxic effects. In the process, healing effects are amplified. If the substance is insoluble (such as a metal) it will be ground (triturated) with lactose in the early stages until it reaches the point at which it can be dissolved.

As Hahnemann found, dilution without succussion will not make a medicine; both stages of the process are necessary. While dilution reduces the toxicity of the original substance, succussion somehow releases the dormant energy of that substance into the liquid carrier to give the remedy its healing effect.

Making a homeopathic remedy is as simple as dissolving a substance in a liquid, succussing it (shaking it with a pounding action against the palm of your hand or a leather covered book), diluting it further, succussing, diluting again, succussing, and so on. What is truly amazing is that these stages, even if repeated tens of thousands of times, will produce a highly active and curative remedy.

How Does Potentisation Work?

The nature of potentisation is the mystery of Homeopathy. What is understood is that the potentisation process imprints energetic information from the original substance onto the diluting liquid during the stages of succussion. This liquid is then prescribed according to the Law of Similars as either drops or medicated pilules to the unwell person. They carry the energetic information into the body to trigger a self healing reaction that moves the person back to a state of health.

While the effects of potentised substances have been demonstrated by scientists on many living things such as frogs, plants and humans over recent years, physicists are still exploring the mechanism by which these effects occur. In the meantime, homeopaths will continue to exploit this phenomenon to safely and effectively relieve suffering just as they have done for the past 200 years.